Mission possible: how Greater Manchester can reach net zero before the rest of the UK

Mission possible: how Greater Manchester can reach net zero before the rest of the UK

Greater Manchester needs to act now and get decisions right first time if it is to become carbon neutral 12 years earlier than the rest of the UK, a report published today confirms.

The region can reach its ambitious target to meet all its energy needs in a green way by 2038, but it has no room for delay or error, says the North West’s gas and electricity networks.

The report – a first-of-its-kind collaboration between gas network Cadent and Electricity North West – reveals that to hit the target, Greater Manchester must prioritise ways to use 25% less energy, despite a growing population and economy.

But if it can tackle energy inefficiency, ditch fossil fuel gas in favour of zero-carbon hydrogen and use green electricity generated more locally, it has the opportunity to become an ‘energy transition lighthouse’ for the rest of the UK – and beyond.

The study, which has been presented to Greater Manchester Combined Authority (GMCA), was carried out by energy experts Guidehouse on behalf of the North West’s two energy networks to inform key decisions that the region will need to make soon to meet its bold ambition. 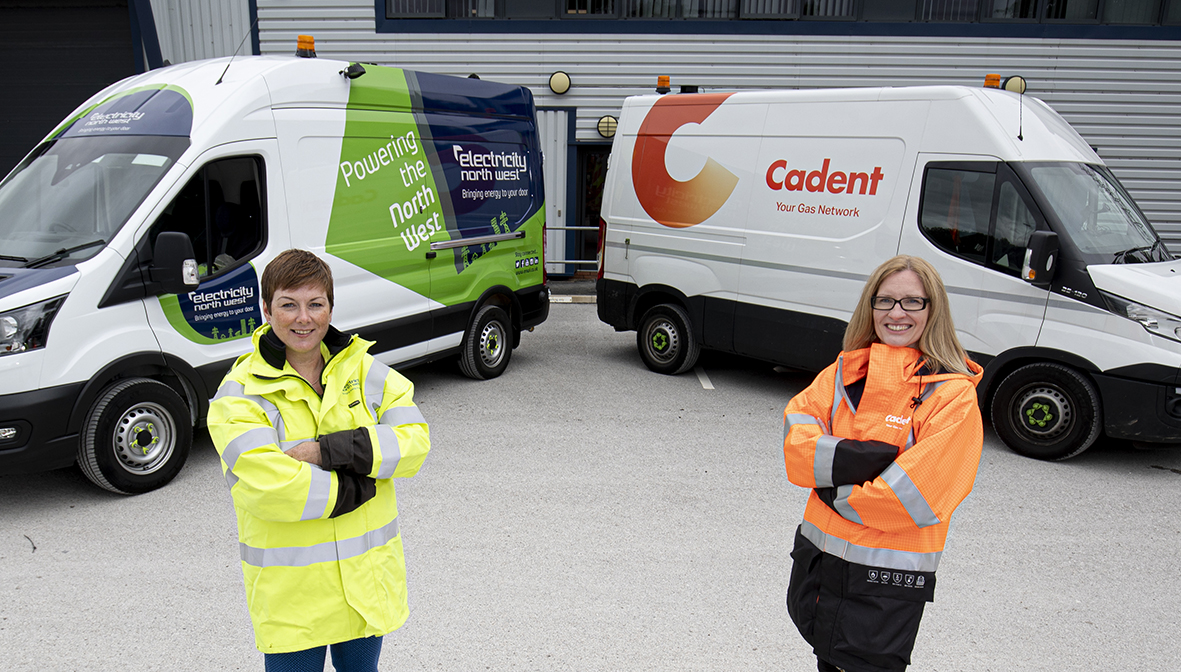 It’s published as all energy networks, supported by business leaders and unions, push for net zero to be central to the UK’s economic recovery from Covid-19. They point to a wide range of green projects poised ready to go, just waiting for the right policy framework and political backing.

Forecasting that energy demand in GMCA’s 10 districts could drop from 52 terawatt hours (TWh) now to just 39TWh in 2038, the report sets out a four-phase journey, each phase lasting four to five years, that will navigate the region towards its goal.

A huge push will be needed to improve energy efficiency in both domestic and industrial or commercial buildings, as well as accelerating initiatives to get people out of their cars in favour of walking, cycling and public transport.

The transition to electric vehicles is expected to double peak demand for electricity, with almost half of all GMCA’s energy demands being met by electricity in 18 years’ time (18.7TWh). As a result, the network will need ongoing investment to increase capacity.

However, more of that electricity will need to be generated locally, including a bigger role for rooftop solar PV panels, onshore wind and biofuels. More than 100,000 public charging points for electric vehicles will also need to be installed.

The report says that in the most likely scenario green gases such as hydrogen will feature large in 2038 Greater Manchester (14TWh of its total energy).

Already being adopted by countries across the world, hydrogen is planned be produced in large volume on Greater Manchester’s doorstep by the mid-2020s. It can then be delivered by a new pipeline into the city and wider region. This is part of a UK-first project, backed by Cadent, called HyNet North West – offering reliable, on-demand and carbon neutral heat for homes and industry.

“We need to get this right first-time if Greater Manchester is going to be carbon neutral by 2038 and this report shows it can be done,” said Dr Angela Needle, Director of Strategy at Cadent. “We know we can bring the hydrogen needed, but that needs action now – at local and national government level – to back very deliverable projects like HyNet North West.

“The Committee on Climate Change says that hydrogen is critical to UK achieving net zero. It is going to play a key role in the trickiest areas to decarbonise, heat and heavy transport.”

Electricity North West’s strategic decarbonisation manager, Helen Boyle, said: “As we reduce the amount of energy we need overall, demand for electricity is set to increase as people change to electric vehicles from petrol and diesel ones. This report shows how electricity and potentially hydrogen will replace natural gas to get us to net zero.

“In 2019 we launched our ‘Leading the North West to zero carbon’ plan, committing £63.5m to decarbonise our own operations and help colleagues, businesses and customers to do the same. This new report shows how the whole of Greater Manchester can reach net zero but it isn’t easy.  It requires investment, continued joined-up thinking and quick action.”

GMCA lead for the Green City-Region, Cllr Andrew Western, said: “We welcome this new report as an important contribution to our plans for a carbon neutral city-region by 2038, and the detailed discussions we are having about how we will get there.

“We know that to meet our ambitious goals we will need a combination of urgent action now and preparation for the longer term. Achieving net zero is about reducing our environmental impact while improving the quality of life across our towns and cities, and we need to give people and businesses the confidence to invest in cost-saving energy efficiency measures and smart energy systems.

“Electricity North West and Cadent are key partners in our plans, and we are delighted that they have agreed to work with us on planning and delivering on our commitments.”

Read the plan in full and learn more about our collaboration by visiting our decarbonisation pathways page.